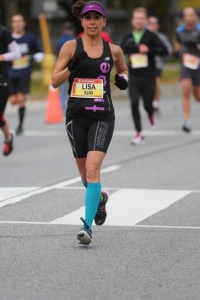 Around the 15 or 16km mark during the STWM Half

I can’t believe race season ended almost two weeks ago. I have been in denial.  2014 was my busiest race season ever and I have loved every second of it, even those painful races where I didn’t perform how I wanted to. After each race I learned something about myself as an athlete, and I am super excited to take what I learned and make 2015 an amazing year.

As each race ended I went right into training for the next one with little downtime, but I have been on downtime – running wise at least, since I finished STWM half (Scotiabank Toronto Waterfront Marathon). I have also been on a high because finishing my race season strong and in my backyard was simply amazing! My goal for this race was to get a sub 1:40 half, I have been going after that goal for so long that to be honest I was beginning to think that it would just not happen for me. In my corral at the start I realized that I was the calmest I had ever been at a start line….ever. I was just really excited to get going.

The night before the run I made a race plan: take it easy for the first couple of Km’s, once I start going down Bathurst, #makemylegsgofast, enjoy Lakeshore, once I have turned back and get past Ontario Place make my legs go even faster to get me into that pain cave, then spend the last 2km making my legs go super fast. I crossed the finish line fists pumping and chest heaving. It was the best! I knew I did very well, but I didn’t know my chip time because as usual, I got excited and forgot to turn off my Garmin. It wasn’t until I got a text message from my coach that I knew my time was 1:38:06 and I was literally jumping up and down in shock and happiness. What made STWM extra special for me was having my brother and sister in law at the finish line. They live in NYC and they have never been to any of my races, but I keep them up-to-date with post-race recap emails and photos, so it was great to have them there in person 🙂 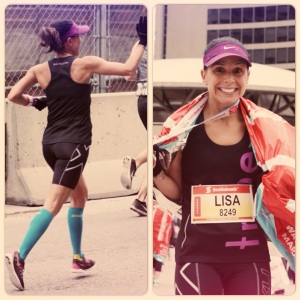 In the pain cave at 19km during STWM and at the finish line super excited for the sub 1:40

It was a difficult decision to switch from the full STWM to the half.  I was worried that I would have regrets, but as I crossed that finish line I knew I had made the right choice. All season long I was using my races/training runs as an indication on how the marathon would go; “If I got tired and sore at this point in a half, how can I race the full?” I never realized just how much of an impact the negative talk was having on my performances. I was setting myself up to fail each and every time, there was no way I could get that sub 1:40 if I had any doubts about my abilities. Once I officially made the switch, a weight lifted, my training runs felt easier and lighter, and race morning was calm (believe me, that never happens).

I haven’t run since October 19th but will lace up for my first run back – a 10k this weekend. My focus for this off season is on getting stronger and faster. I have been in the gym almost every day since last week. I am sticking with my coach and I can’t wait to crush that 1:38:06 half marathon time. You want to know why? Because I know I CAN!!!

I, of course, have to thank my husband for being so supportive, whether it was being on the race course as photographer/sherpa, spending a night in Niagara Falls, travelling with me to Vancouver to run the SeaWheeze and most importantly for believing in me when I needed it most.

Since I know you are all dying to know what I am racing, below is my race schedule for 2015:

Below are some more race photos from my season, Enjoy! 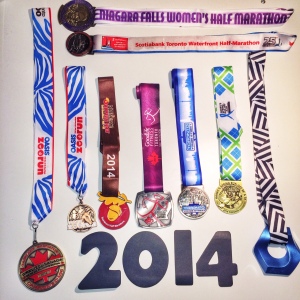 My medals from my 2014 racing season! 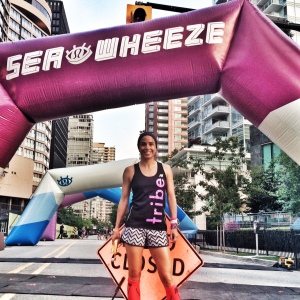 Before running the SeaWheeze, it was such an amazing weekend and I can’t wait to do it again in 2015! 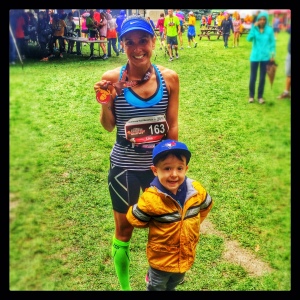 At the end of the Oakville half. I used this run as a training run and still finished in the top 10 in my category! It was pouring down with rain the entire race, which I didn’t mind because of how humid it was. 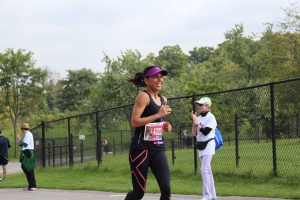 On my way to a 6th female finish and a PB at the 5K Oasis Zoo run. Thanks for the pic Tribe Fitness! 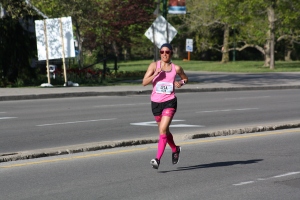 Niagara Falls Womens Half. It was super hot that day and I went out too fast too soon. I learned this day not to wear sunglasses. Sunglasses and the mist of the falls don’t mix. I have since purchased visors. 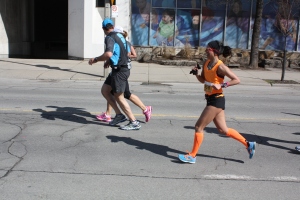 The 19km mark of the Goodlife Half, AKA the day my shorts chafed my legs so bad that I had blood coming down my thighs causing me to be scarred! LESSON LEARNED!! 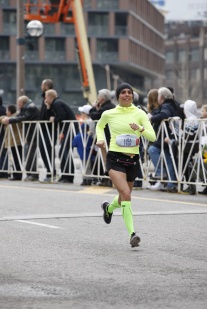 Sprinting to the finish during TYS10K! I got a PB that day 🙂 Going for even faster in 2015 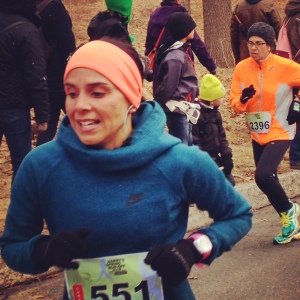 Harry’s Spring run off 8Km getting to the finish! 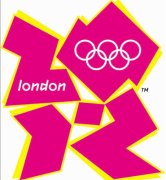 For 17 days straight, I had my TV on pretty much all day, and it was only on three channels, CTV, TSN or Sportsnet. I literally could not get enough of the summer Olympics. For days after the closing ceremony I felt lost, even my 16 month old son would stare at the dark screen, then look at me, and back at the dark screen in total confusion. Together we watched Michael Phelps win his 22nd Olympic medal and Usain Bolt break world records (when he didn’t slow down as he crossed the finished line that is). Together, we would play Olympics where we would have races and he would win, of course. We even had a medal ceremony, where I would place one of my running medals around his neck. We would then sing the national anthem – well I would, he is only 16 months after all and can barely put two words together, let alone sing the Canadian national anthem.

From a very early age I loved watching the Olympics. I would watch the athletes in awe and I would dream about one day representing my country. Since I was a strong swimmer and would beat my brother in swimming races (don’t bring that up with him, he will totally deny it), I always saw myself doing the breast stroke….sigh. While I always enjoy watching as many sports as I can, my favourites were swimming, track and gymnastics. My brother and I even loved playing the Summer Olympic game on the Commodore 64. Remember it? Summer Games, by Epyx. For those of you that are now thinking I am a senior citizen because they are way too young to know what the Commodore 64 was….please take a gander at this: 80’s rocks . We would spend hours perfecting our moves on the joystick, and I became quite the high jump expert in that game.

There were so many memorable moments for me at these Games.

Men’s Triathlon: Alistair Brownlee from Team GB winning Gold with an amazing run time 29.07…29.07 for 10k! After the swimming and the biking! That is crazy insane, that is what you call dedication to your sport. Sadly Canadian Simon Whitfield did not finish the race as he had an unfortunate accident once he got on his bike. Despite that Canadian disappointment, it was incredible to watch Brownlee compete so hard.

Women’s Triathlon: It was heartbreaking to watch Paula Findlay finish last and then break down into tears and apologize for her performance, but I take my hat off to her for pushing through her pain (both mental and physical) to finish the race. No apologies necessary in my books, she’s at the Olympics, she is one of the best in the world!

Men’s 4×100 relay: First off, everyone’s eyes were on Jamaica for this race because let’s be honest, we all wanted to see Bolt run as anchor for this team and set a new world record. I can’t tell you how many people I have spoken to that said that they didn’t even see Canada finish third. It wasn’t until they announced that we got the bronze that people took notice. What came next was devastating, a replay showing that Jared Connaughton stepped on the line before handing off the baton, which meant Canada was disqualified after celebrating for about 5 minutes. I have to hand it to Connaughton, he owned his mistake and feels pretty horrible about what happened to his team as a result.

Usain Bolt: Winning. Every. Single. Race. No other words needed.

Women’s soccer: Christine Sinclair rocks, just keeping it real, she is amazing. Don’t even get me started on the game against the U.S.A. Everyone has an opinion on the Norwegian referee that made some – let’s say interesting calls. What that ref can’t take away though, is the women played hard in that game and it was by far one of the most intense soccer (football if you’re a Brit) games I have ever watched. They could have fallen apart completely as a team, but they came back and won the bronze. Let’s all be honest for a moment though, in the Canada – France game, France was the stronger the team, but the Canadian women were like an annoying kid brother, they were stubborn and fought. I need to take a moment to write about the U.S women’s soccer team and their total lack of class when they won gold. For those that don’t know what I am talking about – see the photo below, when they did their victory lap while donning new t-shirts that read “Greatness has been found”. Now I’m sure they were handed the shirts to wear, so the fault can’t fall completely on the women, but come on U.S.A! It’s called humility. Humble, classy, any of these words sound familiar? We all know you won the gold, including your opponents, we were all there. Celebrate yes of course, but there is no need to gloat. It’s pretty darn ugly to be like that.

Women’s Trampoline: Three words – Rosie MacLennan, gold. That is all.

There you have it, my brief opinions on the summer games. Only 523 days till the winter games, who’s excited??

Are you a fan of the Olympics? If so, what’s your favourite sport to watch?